The walls going up the stairs are finally covered with some frames!

After painting the walls and picking up some white frames of assorted sizes at Ikea and Target I was ready to plan out where the frames would go.  After seeing this post on YHL I used newspaper and cut them out to the size of each frame and taped them on the walls.  This way I could move them around easily.

This is what it looked like with the newspaper up: 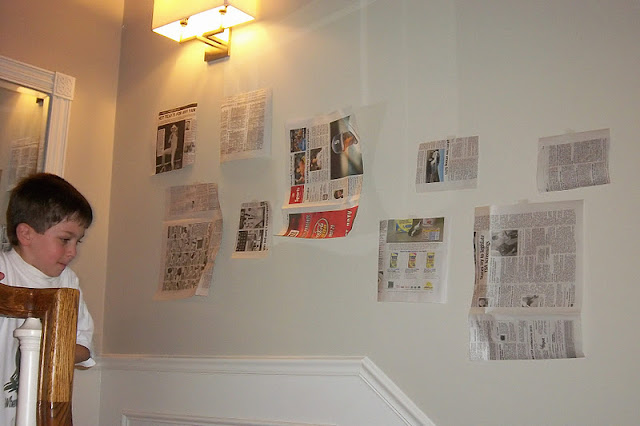 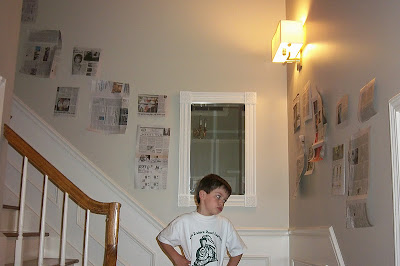 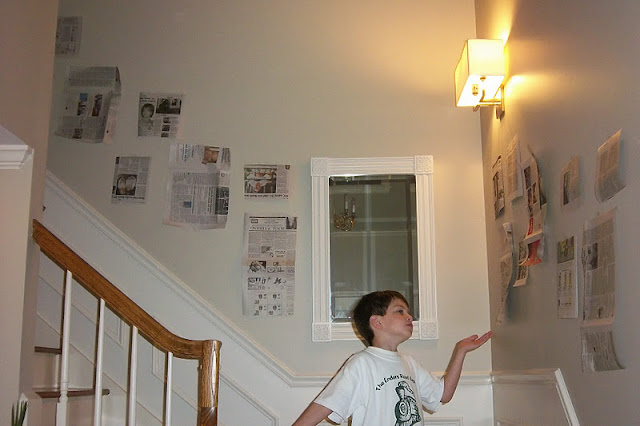 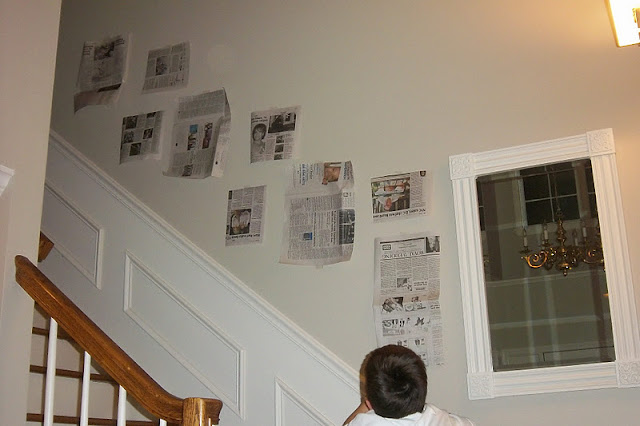 I kept switching the arrangement around.  It took me forever a few weeks to finally start hanging the up the actual frames!

So away we go with some before and afters of the same space: 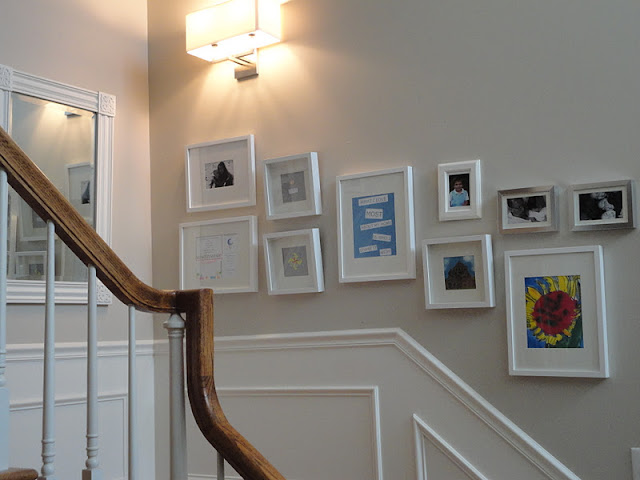 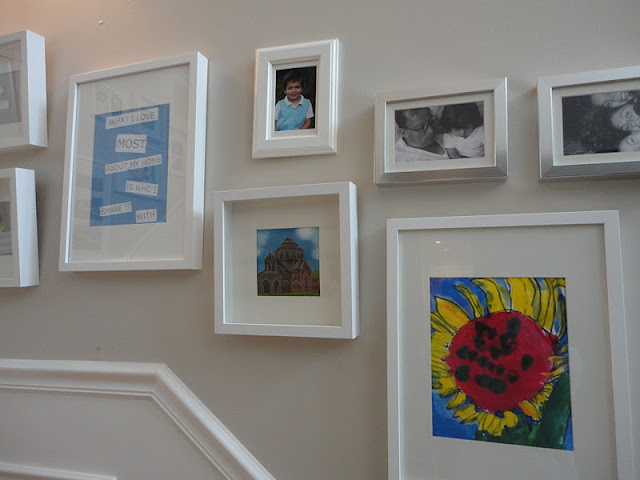 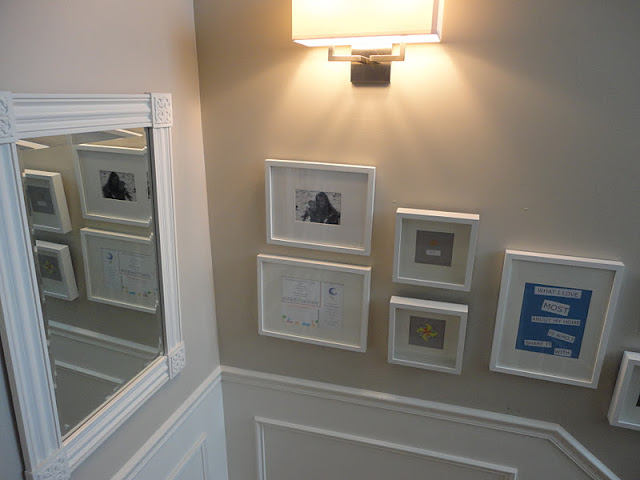 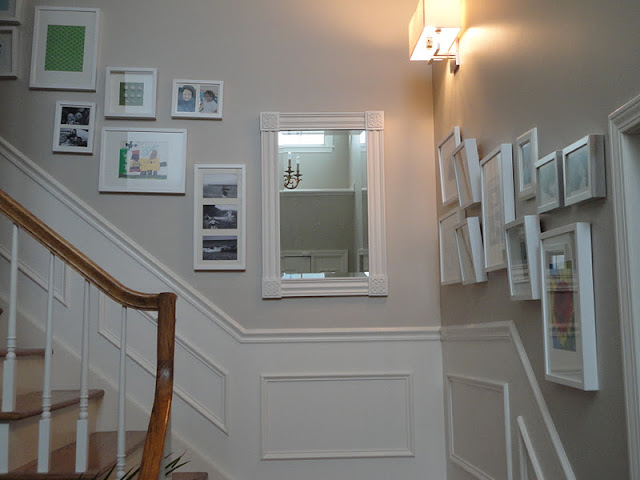 In the picture below, you can see a problem I was having hanging some of the frames.  After hanging with the wire, the shadow box type frames were not sitting well against the wall.  See the space between the frame and the wall? 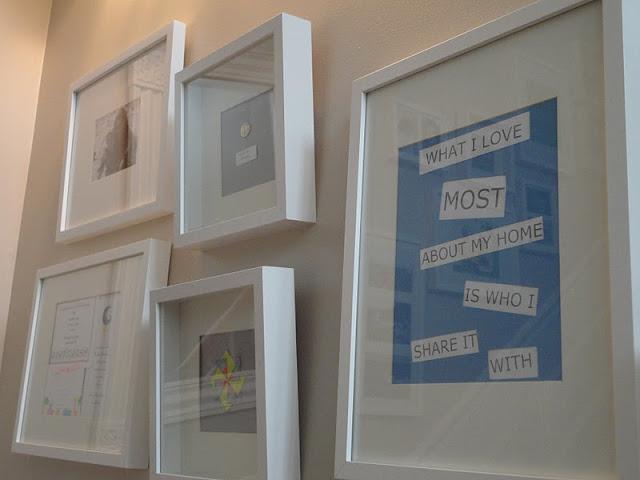 To fix this little problem, I first used package tape on the wire, but that did not hold for more than 2 days.  I turned to Gorilla Tape! 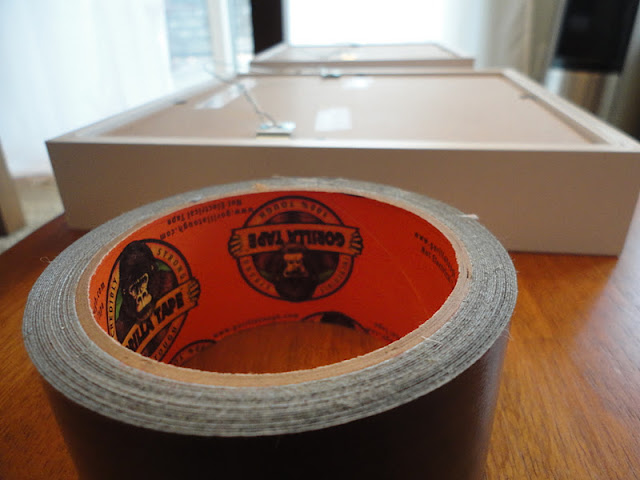 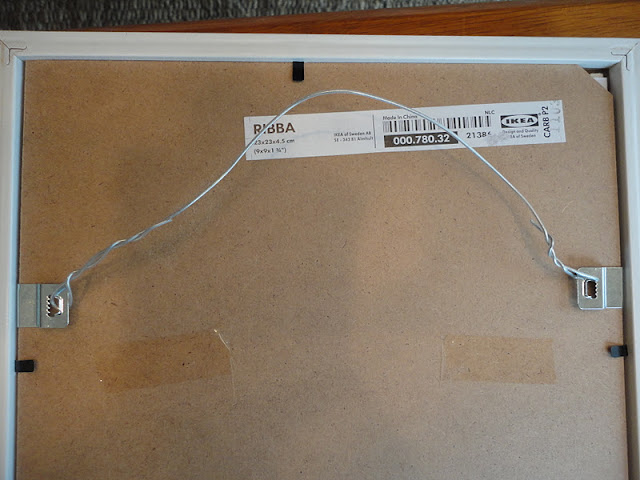 And simply taped up the wire: 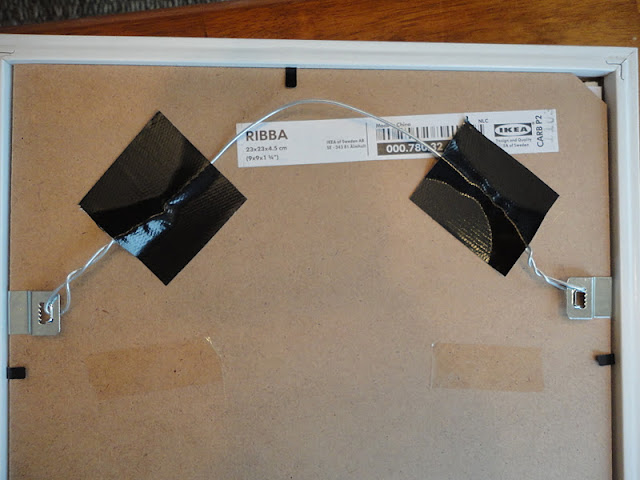 So now it sits nicely against the wall.  Take a look:

After:  not so spacey 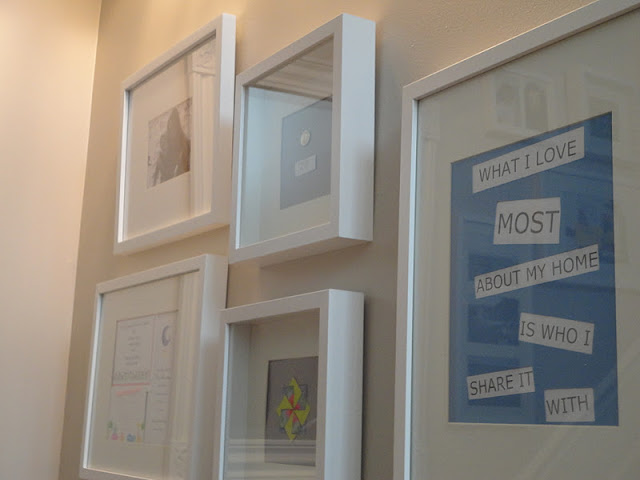 It's been a month now and the Gorilla Tape is still holding up (literally).


Thanks for looking at my new staircase gallery!

PS- all the items in the frames are either photos or the kids' artwork or stuff I put together from meaningful items I had at home.  For example, the kids' birth announcements.  I tried to coordinate the colors and the white frames tie it all together.....or so I'd like to think.